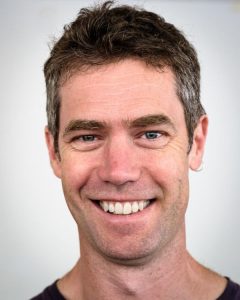 Hugh Withycombe is a violin maker, cellist and environmentalist and has had a varied career in both the public and private sectors. Holding degrees in philosophy and science, Hugh worked for a number of years with the Australian government developing policies on international climate change issues. He became increasingly interested in the craft of violin making and took a four-year course at the Newark International School of Violin Making, graduating in 2001.

Hugh worked for two years in London, first with Florian Leonhard Fine Violins then Frederick Phelps Violins Ltd. He also taught at Juliet Barker’s summer violin making workshops in Cambridge from 1999-2002. During this time Hugh was also a member of the management committee of the British Violin Making Association.

In 2003 Withycombe returned to Australia and set up his workshop at Gorman House Arts Centre. It is an artist’s community of over forty tenants set in an historic Art Deco building two blocks from the city centre. Hugh focuses his work energy on making new instruments with a special interest in cellos. He has participated at the prestigious Oberlin violin making master-classes since 2008. In 2009 he coordinated the third Australasian Violin Makers’ Conference in Canberra.